Anybody who’s a fan of Harley-Davidson motorcycles is all too familiar with the usual gripes. After all, H-D stands for Hundred dollars, right? But along with the return of the Street Glide and Road Glide with Special models, Harley introduced the new ST line for the performance enthusiasts among us.

Here are some of the features and enhancements I found appealing.

Engine: The touring ST models come with a Milwaukee-Eight 117 cubic-inch motor, the same motor they’re running in the CVO series, and an upgrade from the M8 107 c.i. and 114 c.i. that come with the standard and special models, respectively. Harley doesn’t advertise horsepower numbers because they are a torque-centric manufacturer, but they show 127 ft-lb of torque on the 117 at 3,750 RPM, up from the Special’s 118 ft-lb torque at a peak RPM of 3,250.

Suspension: In the intro video above, the Harley team boasted that the new ST models are equipped with Ohlins piggyback shocks in the rear. They justify the use of such a high-quality shock with the increased torque output of the motor and their desire to be more performance-minded right out of the box. However, as an actual Harley customer, I was left uncertain as to whether or not that was an included part or merely a promo of their new Screaming Eagle line of Ohlins shocks.

Air Flow: The ST comes with a conical-type heavy breather and a Screamin’ Eagle catted exhaust they say was designed just for that bike. The exhaust maintains the 2-1-2 functionality of other M8 setups with a crossover.

The STs of both flavors – shark nose and batwing – come in two colors, grey and black, have bronze Prodigy wheels, and bronze engine accents. The bike comes with TPMS (Tire Pressure Monitoring System) and is available with RDRS (Reflex Defensive Rider System).

While I’m not sure how they could get past the highly-restrictive EPA guidelines placed on them, I’m curious to see in person exactly what these bikes have done to them. I’m not a big follower of hype trains like the intro video they shared to YouTube, but as someone who has had no thoughts of moving on from my beautiful Billiard Blue 2019 Street Glide Special, this new ST model has me thinking of the possibilities. 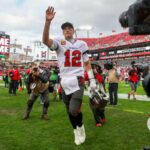