The Packers remain kings as we reach the final week of the regular season.

Green Bay locked up the No. 1 seed in the NFC after routing Minnesota on Sunday night. The Pack’s true reward? Sitting atop the NFL Power Rankings for the sixth consecutive week. Right behind are the Rams, who cracked the top two for the first time since their one-week cameo at No. 1 way back in Week 4.

The top-10 newcomers? Let’s reacquaint ourselves with the Titans, who have jumped seven spots in two weeks thanks to a pair of impressive wins. Of course, their new ranking probably isn’t good enough to Titans fans who believe the AFC’s likely No. 1 seed deserves more respect.

To which, I’ll remind you all: These are not the Power Standings — they are the Power Rankings. Understand this distinction and we’ll all live together in harmony.

This is history, folks. The first-ever Week 18 NFL Power Rankings.

Matt LaFleur has been the head coach of the Green Bay Packers for nearly three full regular seasons now. The team has won 13 games in each of those seasons. Green Bay has never even lost consecutive regular-season games in LaFleur's time on the sideline -- he is overdue for some recognition among Coach of the Year voters. The latest win -- a Sunday night laugher over the Vikings -- ensures the NFC playoffs will go through Lambeau Field, where Green Bay was undefeated in the regular season. The table is set.

Championship teams know how to close, and that's exactly what the Rams did against the Ravens on Sunday. Matthew Stafford struggled with turnovers for the second straight week, but he was surgical on the 75-yard touchdown drive that put L.A. ahead with less than one minute remaining. Then it was the defense's turn: Von Miller made his biggest play as a Ram, a crushing sack of Tyler Huntley that all but ended Baltimore's hopes of getting the great Justin Tucker on the field for a game-winning field goal attempt. With a win over the rival Niners on Sunday, the Rams will be division champs.

Tom Brady once again saved the day in leading the shorthanded Bucs to a comeback win over the Jets, but the talk after the game focused on a player who wasn’t there when Tampa Bay was on its final march in the fourth quarter. Antonio Brown is history after a very public meltdown in New Jersey, and the Bucs have egg on their face for staying loyal to a player who’s never been loyal to anyone but himself. Tampa Bay’s depth is being tested like never before in Brady’s time with the team.

Kansas City's defense had been the team’s one constant this season: The unit held the team together when the offense was mired in a curious extended funk. The Chiefs’ attack has reemerged in recent weeks, but it was now the other side of the ball that didn't hold up its end in a damaging loss to the Bengals that may have cost Kansas City the top seed in the AFC. The deadly combination of Joe Burrow and Ja’Marr Chase took advantage of defensive coordinator Steve Spagnuolo’s overaggressive approach, as Cincy piled up five plays of 30 yards or more. File this away for a potential January rematch.

The Bengals are the most fun team in the NFL right now and second place isn’t even in the rearview. Led by Joe Burrow (971 yards passing over the past two weeks) and Ja’Marr Chase (a rookie-record 266 receiving yards in Week 17), Cincinnati has gone from AFC North afterthought to division champion and legit Super Bowl contender. “I said it in the preseason,” Burrow said after beating the Chiefs. “We were talking about playoffs, and I said that if we were going to go to the playoffs, the easiest way to do that was to win the division. Everyone kind of laughed at us a little bit, but we knew what kind of team we had.” This team believes. 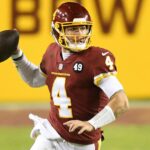 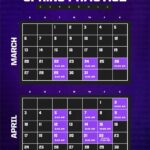